State of Downtown Luncheon Sold Out 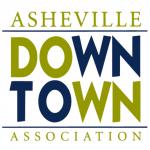 State of Downtown Luncheon Sold Out

THE STATE OF DOWNTOWN LUNCHEON IS SOLD OUT.

2014 ADA Board President Adrian Vassallo will discuss the association's program of work for the upcoming year as well as the membership's top priorities and challenges facing downtown merchants and residents.

“At the beginning of a year, it’s always important to reflect on the prior year’s successes and opportunities for improvement. 2014 will be a year where our downtown community can plot the next level of growth for decades to come. The issues from last year continue, including the south slope, cleanliness and safety, and we must work together to make positive change happen,” said ADA Board President, Adrian Vassallo.

The ADA will also present the 2013 Downtown Heroes Awards to individuals or organizations who have significantly impacted downtown Asheville, have been active in its revitalization, and have contributed time and energy to improve the downtown area for businesses, residents and tourists. Nominations accepted until January 9.

Tickets are $10 for members of the Asheville Downtown Association and $15 for potential members and include lunch. Tickets and information are available online at or by calling 828.251.9973.

About the Asheville Downtown Association (www.ashevilledowntown.org)

Founded in 1987 by a group of business owners, residents and city staff, the Asheville Downtown Association remains committed to the preservation and improvement of the central business district through programming, civic support and annual objectives. As the voice of downtown residents, merchants and workers, the ADA advocates for policies and practices that will best help growth and preserve the quality of life in downtown. Annually, the organization produces events including Downtown After 5, the Asheville Holiday Parade, Oktoberfest, the State of Downtown Luncheon and the Pritchard Park Cultural Arts Program. The Asheville Downtown Association Foundation carries out the altruistic goals of the ADA including the Spare Change for Real Change program.